When I received the request as to whether I would take over the patronage of the KUNSTPREIS DEUTSCHLAND 2022 (GERMANY ART PRIZE 2022) with the motto “Art powers future”, I was a little surprised, although over the decades I have developed a very close relationship to the fine arts and the art discipline of architecture could.

Since, as the initiator of the reconstruction of the “Berlin Castle” (Stadtschloss), I had to overcome a perfectly organized, powerful resistance from the lobby of architects and the art history functionaries for years, I see a great opportunity in the above-mentioned motto of this art prize to break up institutional encrustations and righteousness and perhaps even a first to set the course for a new direction in the fine arts and the art discipline of architecture.

Rebuilding the “Berlin Castle” first meant overcoming the unbelievable power of modernity and its institutions, which, with its very successful lobbying work, had a decisive influence on the building history of the post-war period. She dominates the colleges, universities and building institutions and has a dominant influence on our urban design in the wise allocation of the juries of architecture competitions, usually in consultation with the state offices.

The modern age, especially in our cities destroyed by the bombing war and the demolition frenzy of the post-war period, has made them partially faceless during the reconstruction. Without the few preserved historical buildings and the surrounding landscape, they would almost all look the same, because since the end of the war they have given themselves over to an anonymous form based on the dictates of the same price-cost-benefit calculation. But this also led to more and more civic engagement for the art discipline architecture, which can be an example for the future of the fine arts in overcoming hurdles. “Art powers future”.

So I see the individuality of many of our citizens, companies and the public service, which I perceive to be lost, in this art competition as a challenge for the expert jury to deal with the terms power and future in particular when determining the prizes to be awarded.

I see the KUNSTPREIS DEUTSCHLAND 2022 (GERMANY ART PRIZE 2022) as a great opportunity to start a change of direction in the institutions too. The motto of this art award (Art Powers Future) calls on artists to create visual messages that are suitable for giving impulses to the protagonists in business, politics and administration. 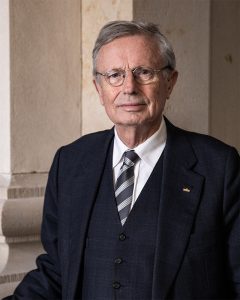 The work of the jury is an important “quality adjustment screw” when organizing an art award. Juries of experts are convened to filter out what is worthy of funding. This also raises the question of whether members of the jury, often financed with taxpayers’ money, are as free as they would like to be when assessing art. It will hardly be in the interest of some cultural politicians if, for example, art is exhibited or even awarded a prize in a town hall that is not “politically correct”.

Independent persons with expertise nominate those works from the bulk of the submitted works that they consider to be artistically adequate. You may be wrong or you may not be so independent. Or have no expertise. Everywhere has to be judged, but the decision-makers may not be sufficiently qualified or have too narrow a viewing horizon or lack independence. And which art expert would be free from personal preferences?

The fact that, in an effort to achieve political correctness, parameters alien to art increasingly creep into the assessment of artistic works may even be necessary in view of the increasing political content in art. Where aesthetics are no longer the most important artistic message, aesthetic judgment has to take a back seat. And with him the jury judging according to aesthetic criteria. And then?

The three winners of the Germany Art Prize in the disciplines of painting, sculpture and photography/digital-art are determined by a five-person jury of experts. The submitted works will be anonymized so that “cheating” has no chance. The requirement for the expert jury to evaluate politically correct is not given, since the Germany Art Prize is not financed with tax money. This procedure ensures that when this Art Prize is advertised, subsidies from the “public sector” are dispensed with – and excesses or specifications (including local preference, “political correctness”) that are not conducive to art are excluded from the artistic evaluation of the works submitted be able.

In addition to the nominations and art prizes in the disciplines of painting, sculpture and photography/digital-art determined by the independent jury of experts, an “audience prize” is awarded, which is chosen by the visitors to the art prize exhibition (nominated works).